The idea of polymerizable ILs has been known for decades. However, photopolymerization, as opposed to traditional high-temperature process, in connection with ILs has been envisioned comparatively recently.[1]

Photopolymerization uses ultraviolet or visible light to generate a polymer from monomers, typically mediated by photoinitiator. Photopolymerization requires less energy, than the thermal analogue, is faster, therefore allowing higher throughput. Moreover, it offers better spacial control of the polymerized object and, as it proceeds at milder conditions, it can be performed directly on the place of use. Photopolymerization is normally used to produce cross-linked polymers, or thermosets. Unlike thermoplastics, thermosets cannot be post-processed, e.g. casted, molded and extruded. On contrary, they produce hard free-standing objects that don´t swell in the solvents, which makes them especially useful for certain applications.

To ensure efficient interactions between growing network and monomers during photopolymerization process, the monomer should be liquid at room temperature. Furthermore, the formed polymer should be soluble in monomer to prevent phase-separation and precipitation during curing. Interestingly, ILs seem like perfect candidates for photopolymerization. They are liquid at room temperatures, have high solubility of different species, can be easily modified to introduce different functionalities resulting in different properties of the final polymers. Furthermore, ILs consist of ions, making obtained polymers conducting.  In addition to that, their hydrophilic/hydrophobic properties can be engineered to match the envisioned application quite easily, sometimes even after polymerization.

The “polymerizable part” of IL typically comprises double bond, as a part of vinyl-, styryl- or acryl-group. Normal cross-linkers, like divinylbenzene, can be used together with IL monomers, but there are also IL-based cross-linkers, that do not result in the decrease of ionic content of the polymer, as shown on scheme 1.

Photopolymerizable ILs have shown to be especially useful for some application.

Surface coating. Preparation of thin films on the surface is a perfect application for photopolymerization. ILs with halides as anions can be polymerized, yielding hydrophilic surface. But ion exchange can be easily performed post-polymerization, and in case BTA- is used as anion, the surface will get more hydrophobic. Furthermore, the mask or stamp can be used to perform ion exchange only on the part of the surface and afterwards, hydrophilic part can be functionalized or processed further, leading to the polymer-covered surface with specific pattern, as illustrated on scheme 2. Alternatively, the ionic polymer on the surface can be used to immobilize certain species, as for example by ion exchange with AuCl4- and further reduction, surfaces doped with gold-nanoparticles could be obtained.[2] 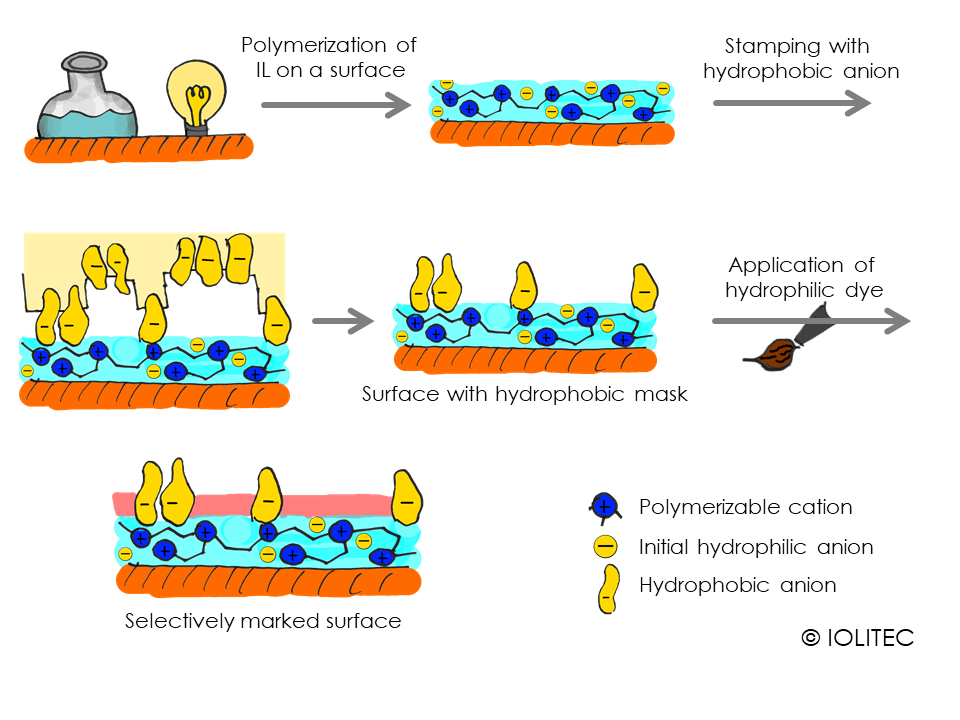 Scheme 2. Formation of hydrophobic mask on the surface of polymerized IL, that is used for selective dyeing of the surface with hydrophilic dye.

Antimicrobal materials. Surfaces covered in polymeric ILs can gain antimicrobial properties. This is useful for creating antibacterial coatings on the surfaces, as door knobs or buttons in the public places. For example, phosphonium based PILs resist the bacterial growth and adhesion of bacteria onto the surface, furthermore mild polymerization conditions allow the coating to be created on already existing surfaces, even if they are made from heat-labile materials.[3] Photopolymerizable antimicrobial materials are also highly desirable in dental repair, as it helps to avoid infections and filling degrading due to residual bacteria on the treated teeth.

Solid or gel electrolytes. Polymerized ionic liquids are perfect candidates for solid electrolytes for batteries and dye sensitized solar cells, due to their intrinsic ionic nature and conductivity. Polymer-electrolyte based all-solid batteries for example can help to avoid thermal runaway, short circuit due to dendritic growth. At the moment, there is still a quest for polymerized electrolytes with high conductivity, because the conductivity is affected by the interaction of multitude of factors, stemming both from monomer ILs, as well as the nature of cross-linker, degree of linkage, humidity.[4] Ordered conductive films can be made from specific IL blends. Some pure ILs or mixtures of IL with other components (e.g. salts) sometimes can organize themselves in a way, forming channels for example. If this self-assembled structure is then polymerized with light, ordered film is obtained, which can have high conductivity for specific ions, e.g. protons on the scheme 3.[5] Overall, it seems that photopolymerization of thin layers of ILs can be a fast and viable method for electrolyte fabrication.

Scheme 3. Preorganization of ionic liquid in liquid state, followed by the formation of polymezited ordered film.

Gas separation membranes. Polymerized ILs can form a network, which can act as reservoir for another IL. If the amount of non-polymerized IL in the resulting system is high enough, it can form a continuous phase, rather than micro-droplets separated by polymer. In that case, non-polymerized IL can transport gas selectively through the membrane, acting as a gas-separator, as shown on scheme 4. Such systems can find a wide use in CO2 capture applications. For stronger and more rigid membranes, interpenetrating polymer networks can be prepared. For this purpose, ionic liquid with polymerizable cation is first polymerized. After that, ion exchange is performed with the anion, that could also be polymerized, e.g. acrylate. After the following polymerization of the anion, the system of two polymers strongly penetrating into one another is formed.[6] 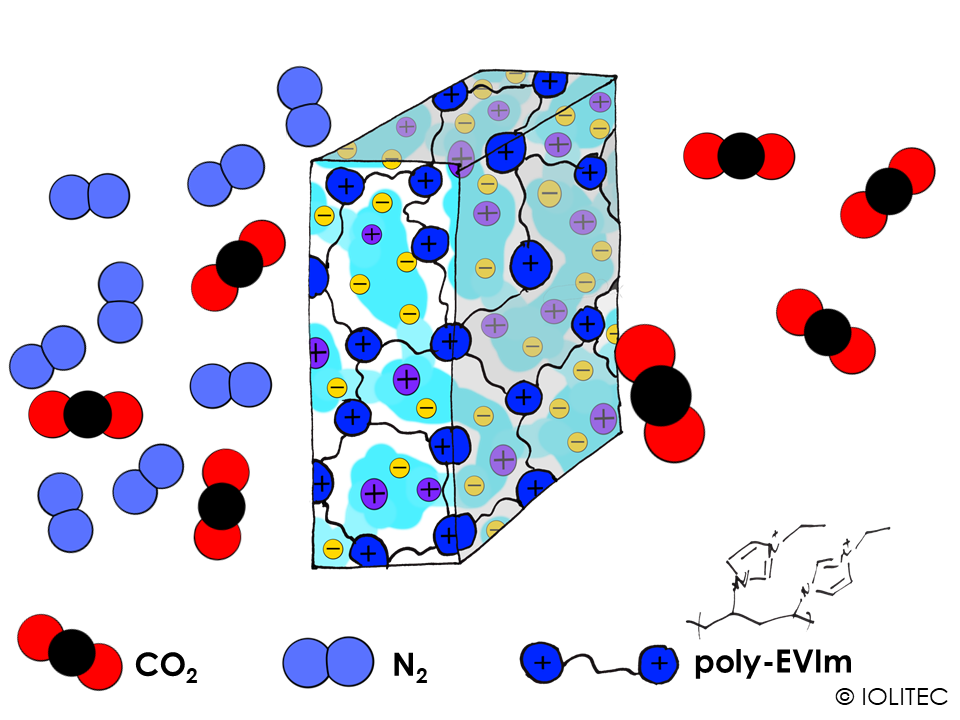 Scheme 4. Gas separation membrane consisting of polymerizable IL, like EVIM BTA, and continuous phase of another IL, e.g. BMIM BTA, acting as a shuttle for CO2.

Three dimensional printing. 3D printing is a very trendy topic at the moment and ILs have been investigated for it already.[7] The fact that photopolymerization of ILs proceeds very fast and allow precise spatial control of the polymerization, makes it very advantageous for 3D printing of conducting architectures.

Do you have another idea, how photopolymerization of ILs can provide advantageous novel materials. Contact us, and we can offer you ionic liquids both from our standard catalogue or custom synthesis portfolio, that best suit your needs.