Iolitec wants to congratulate the Mari Signum team,[1] who received the Green Chemistry Challenge Award earlier this month. They have developed a process for extraction of chitin from crustaceans shell waste, in which ionic liquid plays a crucial role.

Chitin is the second most abundant biopolymer and has interesting properties. It forms very strong composites (imagine crab shells) and at the same time is highly biodegradable. Its low toxicity to mammals is also worth mentioning. For those reasons, many applications are envisioned for chitin-based materials, such as the immobilisation of enzyme for food industry. Medical and pharmaceutical[2] industries can make use of chitin-based materials as wound dressing, scaffolds for tissue engineering, controlled drug release agents or antibacterial coatings. For all those application films and fibres made from chitin are needed.

Chitin processing was so far complicated. Similarly to cellulose, it has a structure with a high degree of crystallinity and extensive hydrogen-bonding, which is difficult to disturb (Figure 1, top). As a result, very low concentrations of chitin are taken up in classical solvents. Some ionic liquids, however, have very high hydrogen bonding capabilities and therefore are able to disrupt the structure of chitin efficiently and dissolve it at concentrations of up to 15% (Figure 1, bottom). This enables further processing, like electrospinning into fibres or the formation of thin films and coatings.[3] Moreover, ILs allow the dissolution of full shrimp shells and the subsequent reconstruction of high purity chitin.[4] 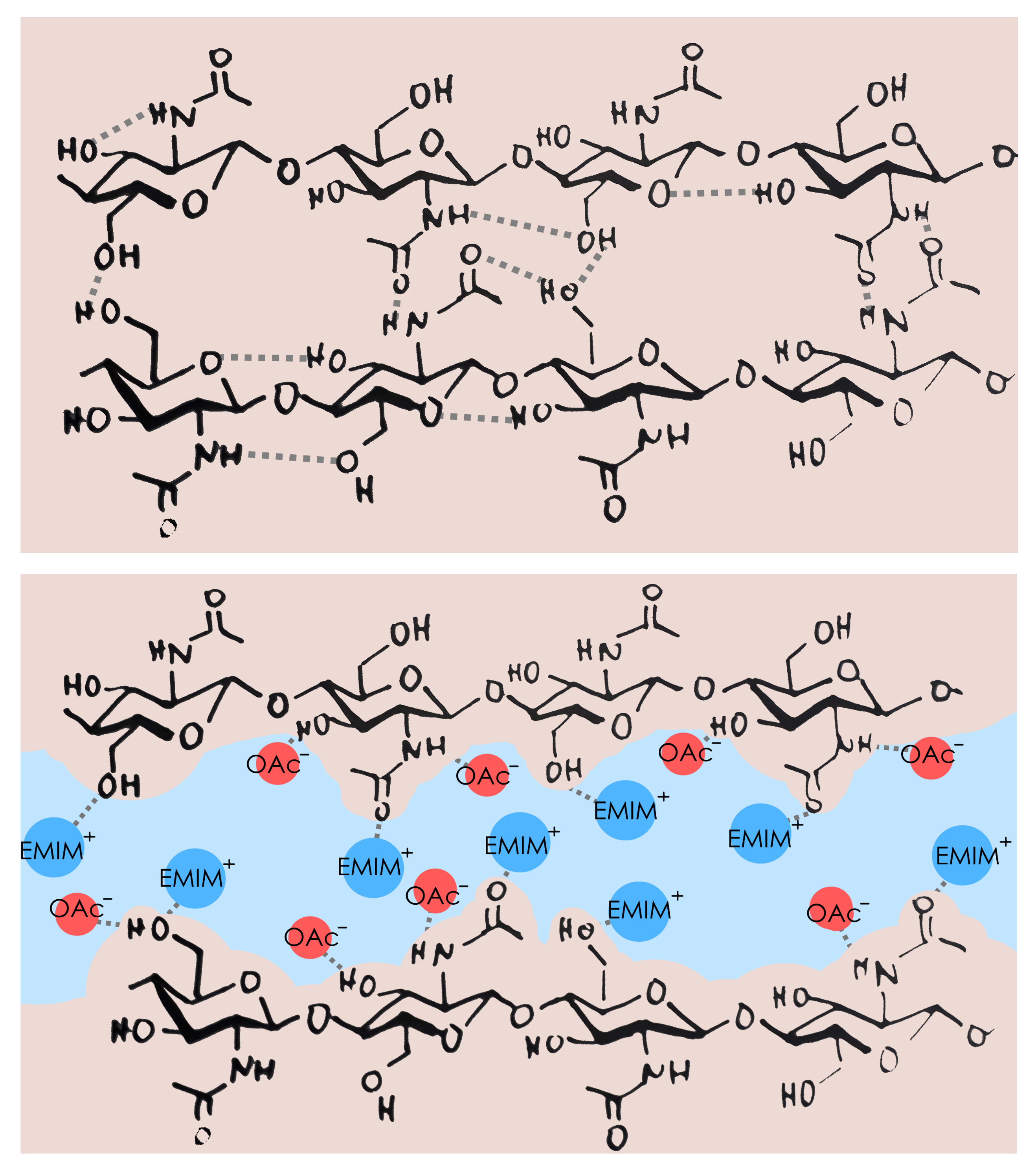 Figure 1. Top: the structure of chitin, with some intra- and intermolecular hydrogen bonding. Bottom: ionic liquid EMIM OAc is able to solvate chitin and separate two strains from each other due to extensive hydrogen bonding between cations and anions of IL with chitin.