Lignocellulose is residues of plant matter (e.g. wood, nut shells, stalks from crops etc.) that consists mainly of cellulose, hemicellulose and lignin. Lignocellulose is the most abundant raw organic material on Earth. Cellulose and hemicellulose are carbohydrate polymers – they consist of sugar monomers and differ in the monomeric composition, degree of polymerization, branching and crystallinity. Cellulose comprises around 30-40% of lignocellulosic biomass. It is a compactly packed polymer of glucose, held together by multitude of hydrogen bonds (Scheme 1, a). Therefore, in order to bring cellulose into solution, this extensive hydrogen bond network should be disrupted. Classically it was achieved by using chemicals, which would derivatize hydroxyl groups and therefore interrupt the hydrogen bonding. Some non-derivatizing systems are also available, but often use dangerous or costly chemicals or harsh conditions. In contrast to that, ionic liquids, in particular ones bearing anions that are prone to hydrogen bonding, are able to solubilize biomass efficiently without derivatizing it. EMIM OAc, BMIM Cl, AllylMIM Cl have a good potential to dissolve cellulose for example. Among them, EMIM OAc is perhaps most prominent, as it combines good solubilizing properties with low toxicity and compatibility with biological and pharmaceutical systems, as well as low viscosity and melting point.[i] The dissolution occurs at mild conditions, even at room temperature when assisted by ultrasound.[ii] The anions in ILs have a very strong effect on cellulose solubility, as ILs with non-coordinating anions do not dissolve biomass. NMR studies have proved that in BMIM Cl solution of cellulose, hydrogen bonding exists between chloride and OH-groups of sugars.  However, cations can also take part in hydrogen bonding, as shown in Scheme 1, b. 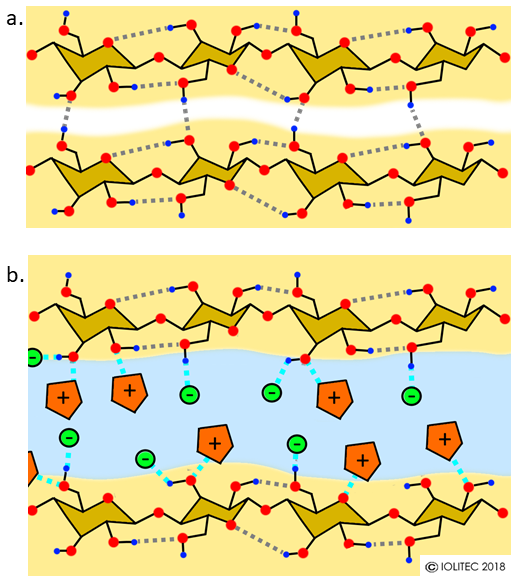 As a result of high cellulose solubilizing ability of ILs, comparatively concentrated solutions (ca. 30 wt%) can be prepared. This makes possible further processing of cellulose. For example, when wood chips are treated with suitable ILs, both cellulose and hemicellulose, as well as lignin are dissolved. After that, antisolvent, like water, can be added, resulting in precipitation of amorphous cellulose-rich material. Therefore, the net result is separation of amorphous and easy-to-process reconstructed cellulose from wood residues.[iii] Alternatively, cellulose solutions can be used for fibre spinning, preparation of composite materials. Solubilizing cellulose also makes it easier to feed it to enzymes[iv] or hydrolyze[v], or synthetize other derivatives[vi]. 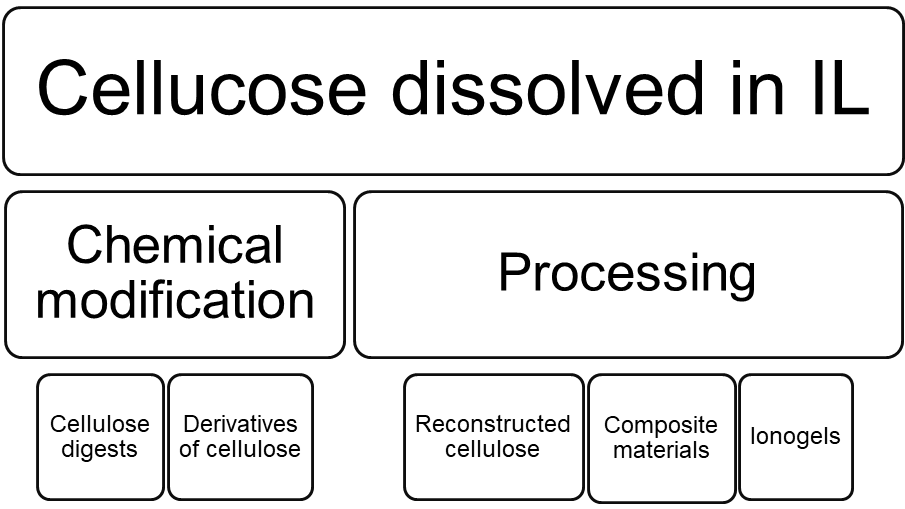 Scheme 2. Some of the applications of dissolved cellulose.