Ionic liquids (IL) remain hot topic in research community since 1990-es. By now, there are over 70 000 scientific articles published on this topic, describing both properties and applications of IL-s.

There are quite a few applications that have been commercialized already, and some of them are now in the pilot plant phase. 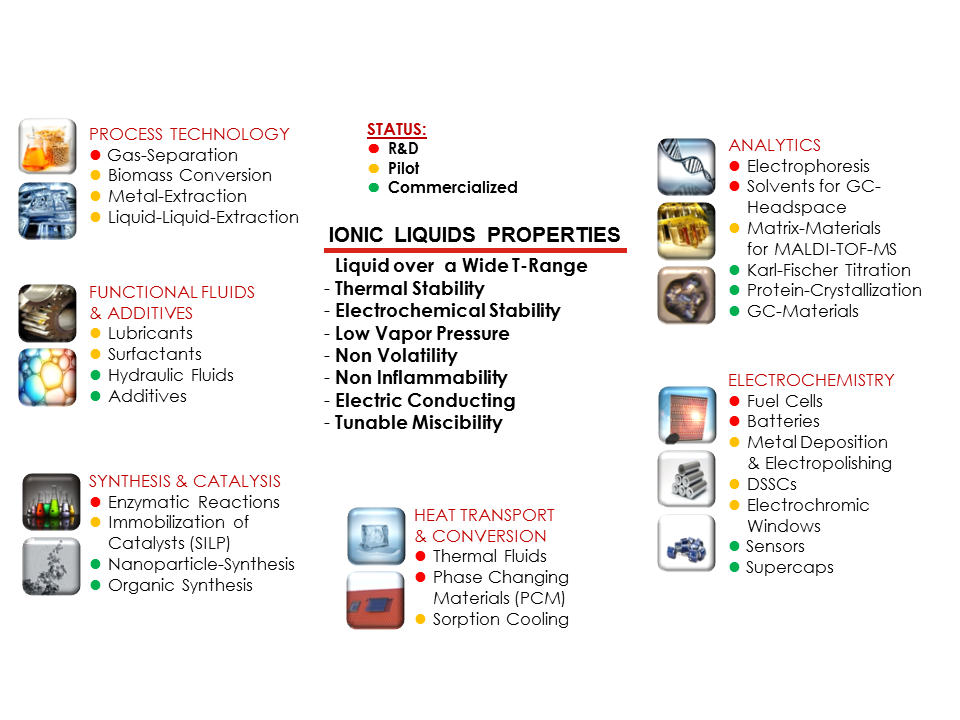 Further information on the applications of ionic liquids can be found in the Technology section and in the following video: